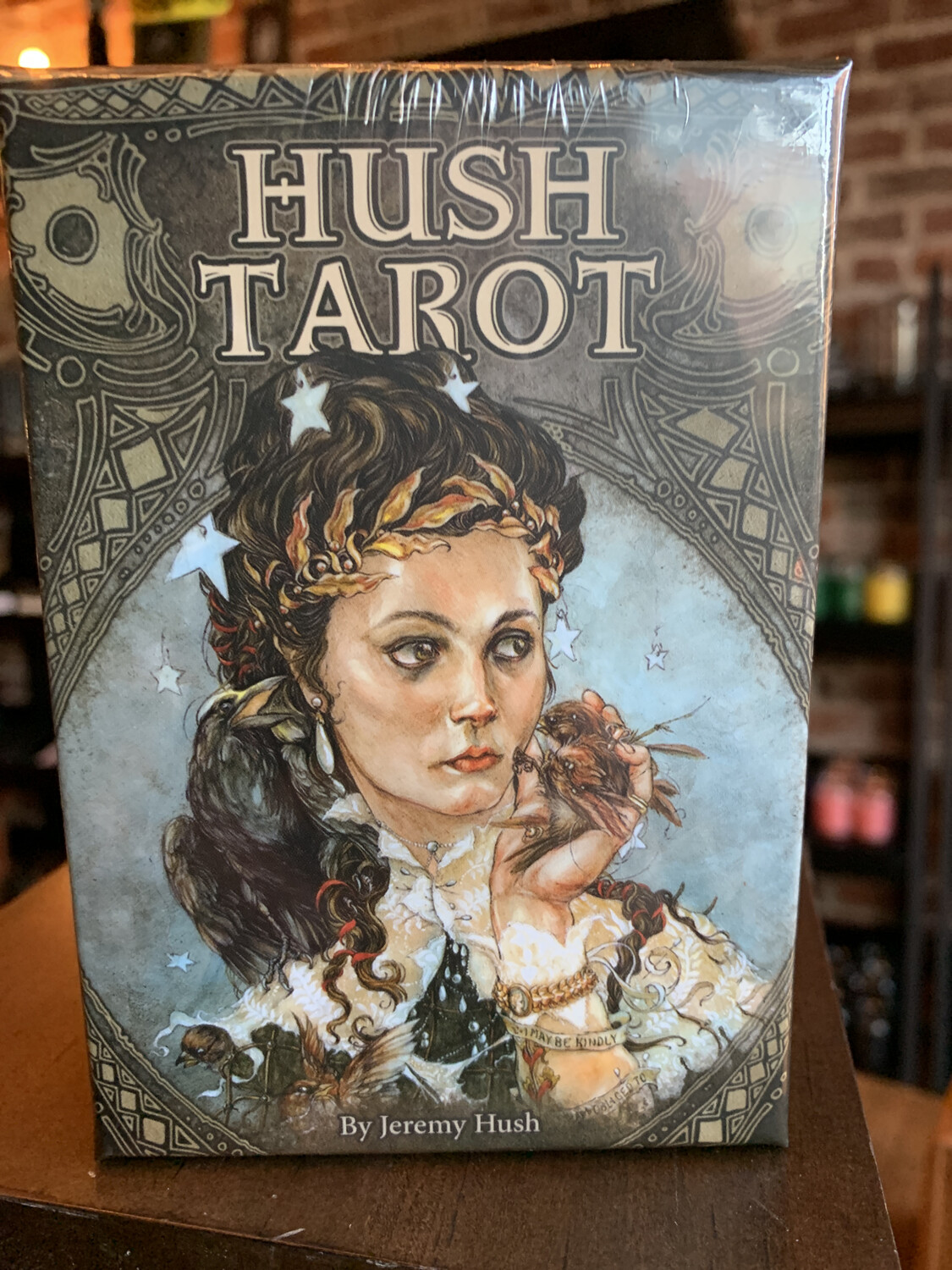 Hush Tarot beckons readers to explore an alluring world where animal and human spirits are unified, and even the smallest creatures like ravens and hares have great significance. At times, they appear lost in the weeds but there is always a hidden clue guiding them to the way out. The fascinating characters and landscapes are illustrated with lush detail inspired by a 19th century aesthetic that explores natural forms in various states of life and decay. Hush Tarot offers a shift in perspective that reveals profound answers to life’s mysteries.

Jeremy Hush began his creative career in the underground world of punk and metal bands, designing album covers and flyers, as well as booking bands and traveling around the world. He is now a designer, painter and woodworker specializing in Gilded Age techniques. Jeremy currently lives in Philadelphia, hiding and working in the Convent Gallery where he is the curator and renovator. He spends his evenings painting in his studio, preparing for gallery exhibits. His art has been shown around the world.

Save this product for later