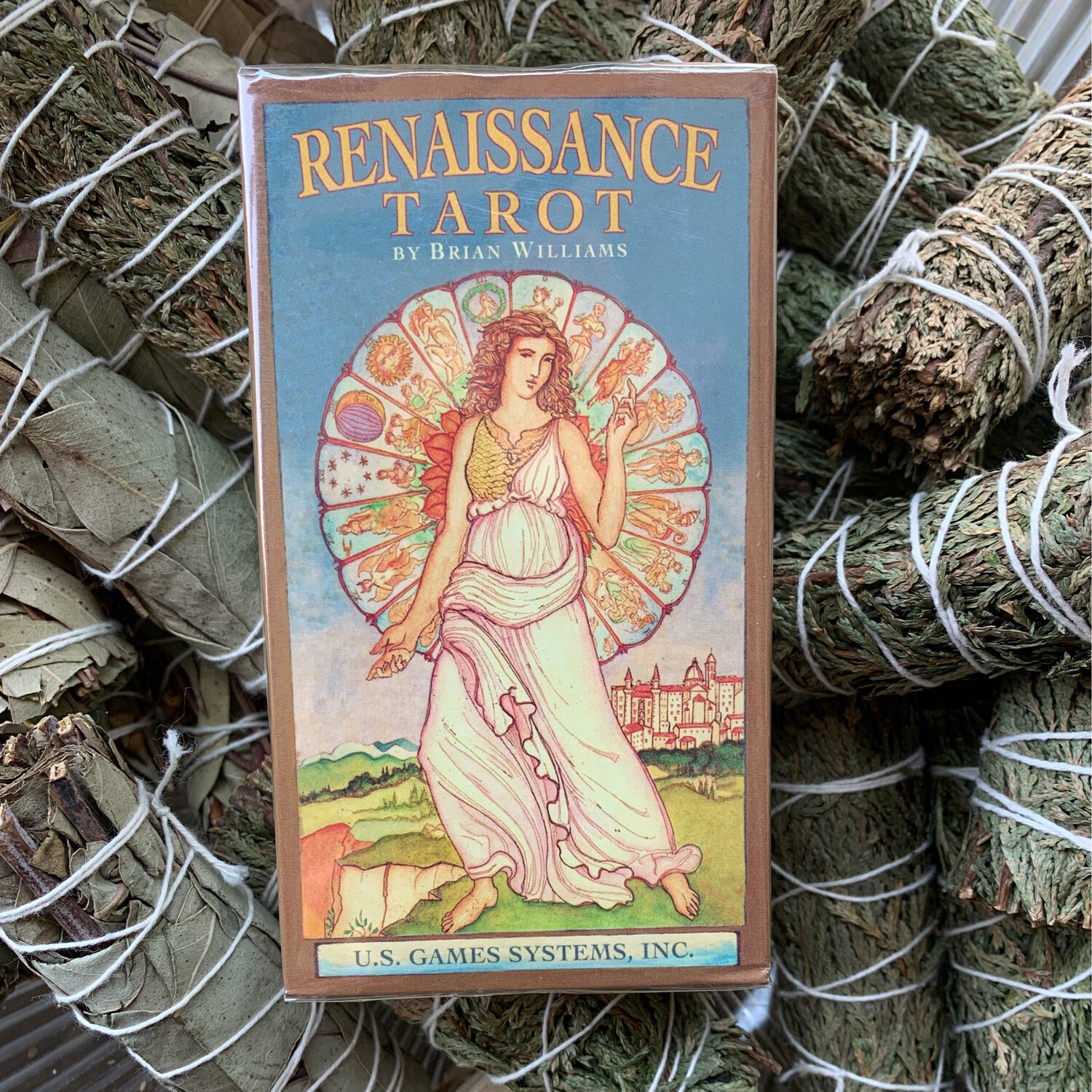 SKU G1ZX600KNN9E4
$22.00
In stock
1
Product Details
Through the exquisite artwork of Brian Williams, Renaissance Tarot connects traditional tarot  symbology  to the splendor of European Renaissance culture and classical mythology. The 22 Major  Arcana cards feature the Olympian deities and  demi-gods  of antiquity. Card titles are in English and Italian. In the booklet, also by classics scholar Brian Williams, each card description identifies both the Greek and Roman deity as well as his related attributes. For example, the Fool is associated with Dionysus/Bacchus and the Magician with Hermes/Mercury. The four suits in the Minor  Arcana are represented by four classical myth cycles with an interlocking system of planets, constellations, seasons, and elements. Swords relate to Achilles; Staves to Hercules; Cups to Cupid and  Pysche ; and Coins to Persephone. The great cities of Renaissance Italy are represented in the court cards. The back design of Renaissance Tarot features a  mandala incorporating symbols of the four suits and the four elements. Brian Williams artfully weaves together a rich tapestry of Renaissance imagery.
Save this product for later
Display prices in: USD